The thing is this man.  If you are going to post a picture of yourself getting vaccinated, kanalla make sure that it’s a lekke pic.  You can’t go to the vaccination station with a thick long sleeve top, and then awkwardly stretch and pull the top so that it’s off your shoulder.  The whole situation just looks very stressful.  Plus, now there’s that bra strap that wasn’t expecting an outing on that day.  You know the bra strap I’m talking about.  The one that’s not for a special occasion.  Now you are looking stressed.  The bra strap is looking stressed.  You shoulder is looking stressed.  And that’s the picture you post.  You shouldn’t.  That’s the kind of picture that encourages the anti-vaxxers. You are supposed to make the vaccination process look fabulous and desirable!

That’s why I made sure that both my vaccination pics were lekke.  I would like to think that at least one person out there saw my vaccination pic and thought: I don’t believe that this covid thing is real – but I’m going for the jab because i also want a photo like that!

And since I’ve mentioned the anti-vaxxers, let me not ignore the elephant in the ICU ward.   My Pfizer jaw dropped 2 days ago when I saw that the anti-vaxxers decided to protest just outside Groote Schuur Hospital.  The mind boggles.  Picture this.  A pre-protest meeting was held and someone raised his unvaccinated hand and said guys I have an amazing idea – why don’t we protest at Groote Schuur Hospital where all the exhausted front-line workers are – where there are people like you and me fighting to breath – ja why don’t we have our protest there!  And someone else with matric responded That’s an Amazing idea Nazeem!  Not brutal at all!

WHAT THE ACTUAL!  As they say in the classics Moettie My Bors Warm Maakie.  Don’t make my bors warm.  Which would be a bad thing to happen right now as Ventilators are currently in high demand – for those of you who didn’t know.

Let’s move on to less controversial stuff, shall we?  Someone sent me an email last week to say that there’s no way in hell she was buying a ticket for my upcoming show LOOT!  Her reason: it’s disgusting to poke fun at people who loot.  We were all quite perplexed by this.  Here is someone who has big problems with a show that nobody has seen.  Even I have not experienced this disgusting show yet.   But now I’m certainly looking forward to it.

I’m not going to bore you by fiercely defending the yet-to-be-seen show as I’ve always believed that comedians venture into tricky territory when they start explaining their craft to philistines.  Instead, I’m going to tell you that the artwork on the LOOT! poster was created by 12 year old Ben Appolis.  His dad Lindsey usually photographs me but this time we decided to go into a completely different direction.  My point is: how kwai is it that this young human being is only 12 and is doing beautiful stuff!  I love it when the world gets like this.  Remember when you and I were 12.  All we heard from the grown ups was: go play outside – big people is talking!    I would stomp off, traumatized by the knowledge that they were oblivious to the fact that in that sentence, ‘people” is “plural” – they should have said: big people ARE talking!  Surely!

I want to encourage you all to be like daddy Lindsey.  Don’t only push for the academic A’s.  If you can see that your laaitie is artistic, celebrate and encourage those skills too!  Ben sent me an invoice and everything.  Yes his dad made him take them out to lunch but that’s besides point.

Be a lekke parent.  And be a lekke person and buy a ticket for my show LOOT!  Details somewhere here on this website.

Have a fabulous week! 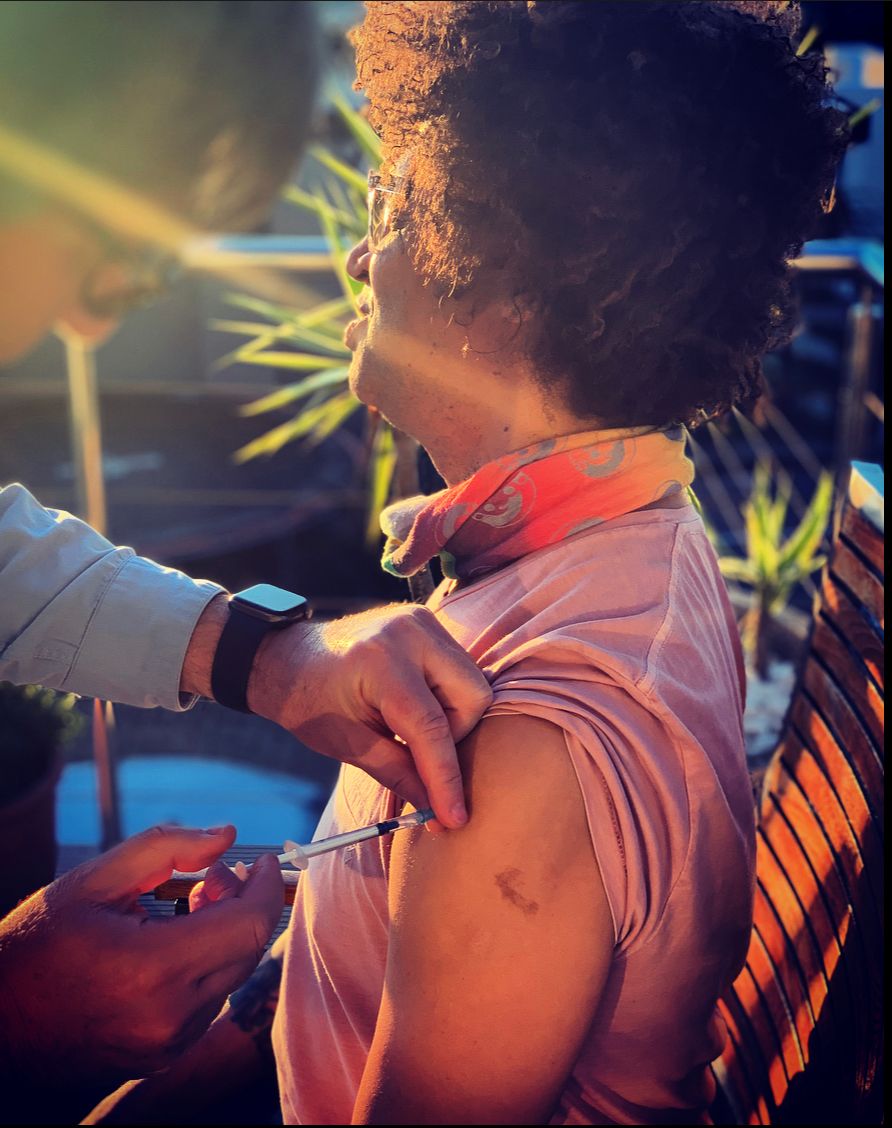