is Marc Lottering’s new musical comedy, following hot on the stilettos of the smash hit AUNTY MERLE IT’S A GIRL!

AUNTY MERLE – THINGS GET REAL opens on 29 November 2022 and runs for a limited season, until 14 January 2023.
Please book via Webtickets. 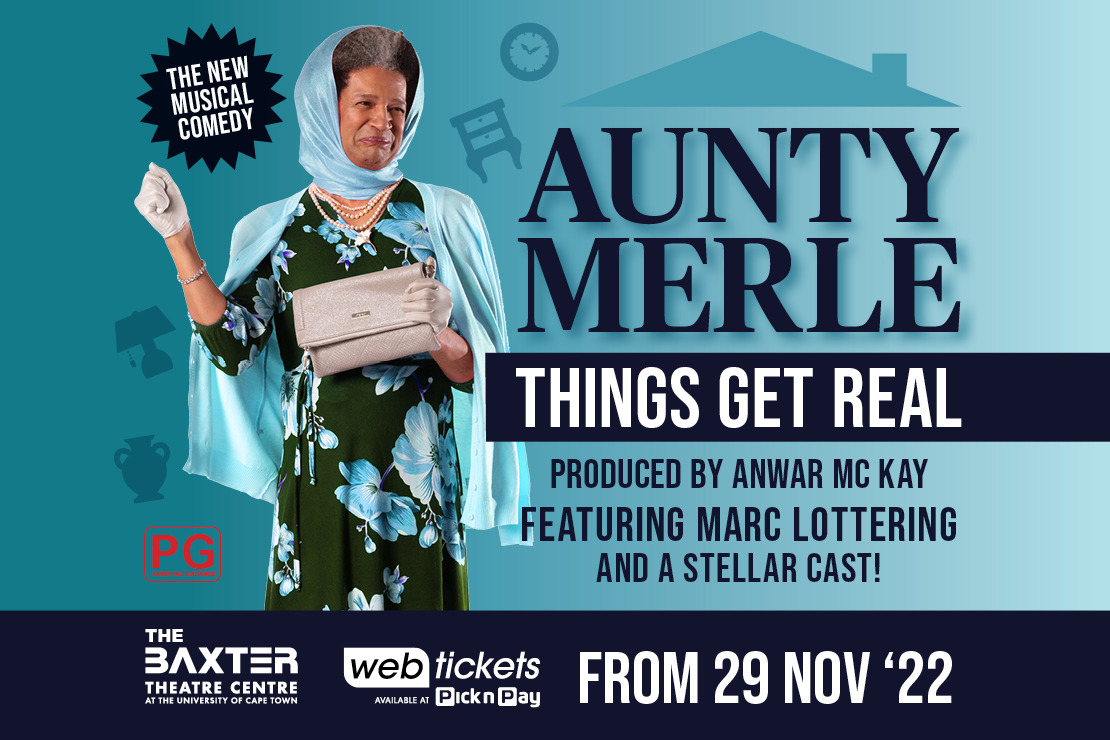 Two years have gone by since we last visited Merle.  She has survived Covid and has just about navigated her way around Load Shedding.

But things are about to get real.  Really real.  Her husband Dennis has been keeping a secret from her.  So secretive has Dennis been, that it’s affected his heart.  His doctor advises him to come clean.

Merle’s world is about to be shaken.  Her spirits may sink even lower than her sunken lounge.

Marc Lottering plays the role of Aunty Merle, and he is once again supported by a dynamic cast.

AUNTY MERLE – THINGS GET REAL is directed by Lara Foot.

Marc is one of SA’s top stand-up comedians.  He is the recipient of several theatre awards and has written two hit musicals.