We have not been back to puppy training classes because our dogs are gangsters.  In the words of Aunty Merle: “they embarrass a person”.

They have great names.  Hamilton and Phoenix.  Both handsome.  And they are amazing for pics on facebook and instagram.   It stops there.  Much like a beautiful ex.

We’ve had dogs before.  Dachshunds.  And aside from the emotional “woe is me” blackmail in their eyes every time you picked up your car keys, the Dachshunds were perfect.  Because the thing about brown sausage dogs is that they are completely unaware of the fact that they are dogs.  Nobody has ever really sat them down to explain to them that they are not people.  And that’s mostly fabulous.  Sadly the two 4-legged humans left us for doggy heaven 7 years ago.  (Holly ha can you imagine their shock when St Peter pointed them in the direction of the doggy section).

Enter Hamilton and Phoenix.   Hamilton is from De Doorns.  Lean and Athletic.  Africanis.  Basically mixed.  Or as my cousin said – “Hamilton’s mos a coloured dog”.  We adopted Hamilton via Sidewalk Specials, a totally amazing organization.  Check them out on insta.  I look at the ridiculously important and amazing work that the Sidewalk team does and I have to sit back and say: shoo God was in a great mood when he made those people.

Phoenix is a chocolate lab.  He arrived as a gift.  Just about everybody falls in love with him when they see him.  The most beautiful droopy eyes that would make you give him your left lung if he asked nicely.

We were highly optimistic when both Phoenix and Hamilton quickly learnt to pee outside.  Then we excitedly started taking them for walks, on their leads.  Well that didn’t go so well.  They would dig their heels in, particularly when other dog lovers were close by.  Because then we could not say fokkin walk!  No.  We would then need to gently kneel down and sweetly say what’s wrong baby?  But of course, behind my buff I would whisper to Hamilton ek gat jou lekke moer byrrie huis!  Translated, I’ll be giving you a few smacks when we get home.  Now don’t go calling the spca please.  I never followed through on those threats.  Those are just idle threats that flow from my sanitized lips – familiar phrases from my upbringing in Retreat.

Off we trotted to puppy classes.  O my Lawwwd.  Ok I will say that Phoenix was not as crazy as Hamilton.  Hamilton acted as though he had never met me in his entire De Doorns life!  Every other pup around us seemed to eventually be doing the right things for those little chicken treats.  Rolling on their backs.  Walking on one leg.  Doing somersaults through a fire ring.  Not our dogs.   You know that moment when you can even see in the trainer’s eyes, she’s thinking oe jirre we are going to need Jesus for this opera.

At one stage the trainer said to me Marc you should speak to Hamilton in a friendlier, more animated voice.  I obliged.  Voice an octave up.  I’m Here Hamilton.! Here Hammy!  Good Dog!  Yesss!  What a Boy!  Hamilton froze and straight-up gansta-stared at me with a look that said what are you on tik?!

I think we went back on three more occasions until we blamed stormy Saturday morning weather.  Those storms are still bravely raging on.

My neighbour has suggested we call in a dog whisperer.  I may actually do just that.  For my own entertainment.  Because I think that that’s one of the best jobs in the world.  You are able to tell the owners any kak.  How can they argue?!

Me as a dog whisperer:  Fluffy says that your hairstyle does not suit you and it pushes him over the edge.

And hello, don’t forget to get your ticket for LOOT! 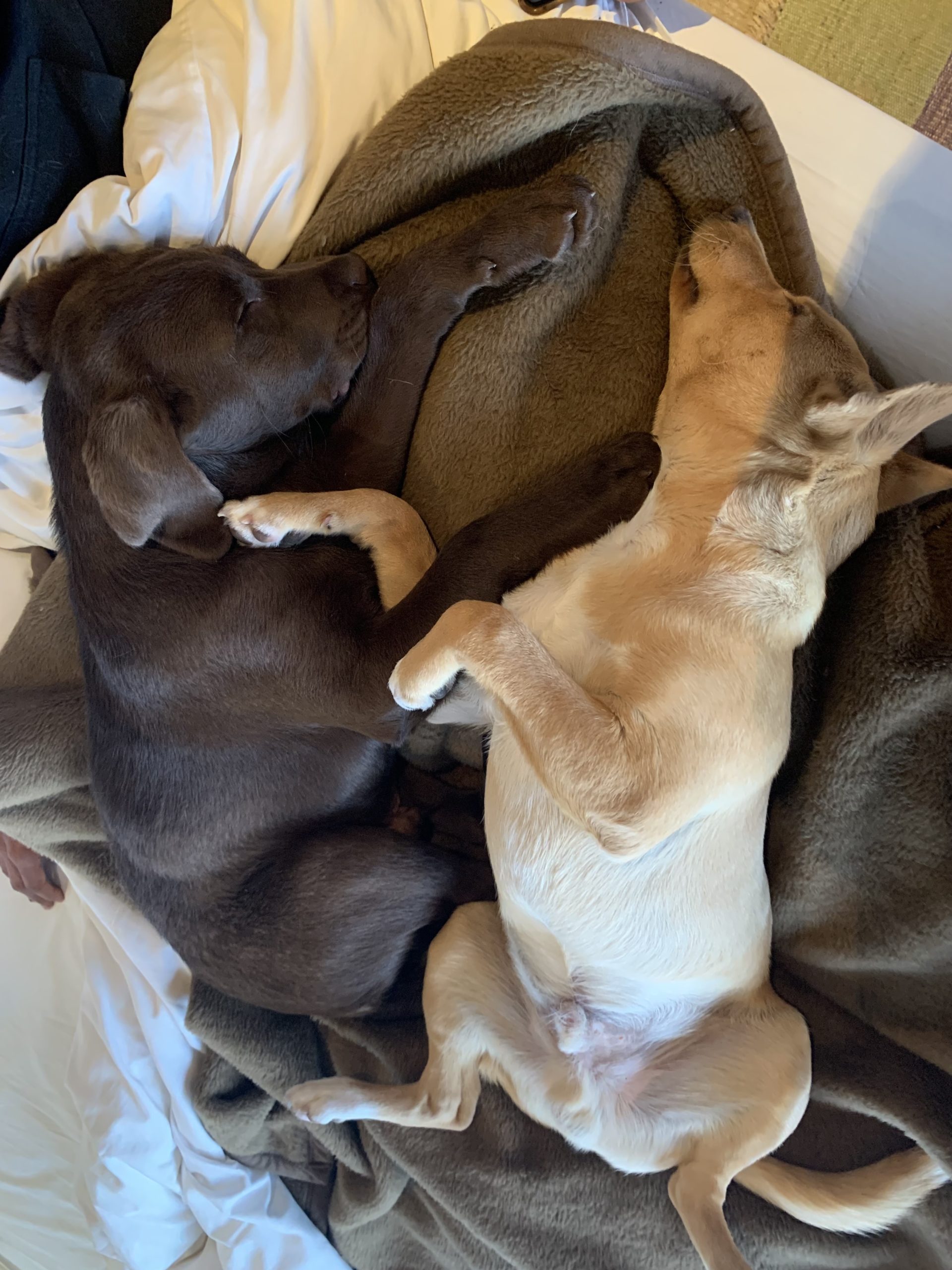